Who They Were & What They Did

The Tuskegee Airmen were the first African-American military aviators--both pilots and ground support personnel--in the United States Armed Forces.  They flew and fought during World War II, when black Americans in many U. S. states were still subject to Jim Crow laws and the American military was racially segregated, as was much of the Federal Government. The Tuskegee Airmen were subjected to racial discrimination both within and outside the Army.

All black Army Air Force pilots were given primary training at Moton Field and went on to advanced training at the Tuskegee Army Airfield.  Both were located in Tuskegee, Alabama, near the famous Tuskegee Institute (today Tuskegee University), which had been founded by Booker T. Washington.

The majority of "Tuskegee Experience" aviators went on to be trained as fighter pilots, though a number of them became medium-bomber pilots.  The fighter pilots eventually were sent to North Africa, where they entered combat, while the bomber pilots continued stateside training with the expectation of being sent to the Pacific Theater of Operations.  The war ended before this happened, however.

Meanwhile, the Tuskegee Airmen fought over North Africa and participated in the invasion of Sicily and then the Italian mainland.  When a fighter base was established at Ramitelli, near the east coast of Italy, the Airmen became bomber-escort specialists, flying their P-47s and P-51s in support of Fifteenth Air Force B-17 and B-24 heavy bombers attacking Germany, Austria, Hungary and Romania.  The Tuskegee Airmen were popularly known as "the Red Tails," because their fighters had unmistakable red-painted empennages, and bomber units often requested Red Tails as escorts, since few bombers ever were lost to Luftwaffe fighters when the Tuskegee Airmen were protecting them.

Few of the bomber crews knew that their protectors were African Americans, but all knew that they were very good and very brave.

The Tuskegee Airmen and their all-black ground crews and support personnel achieved an enviable combat record but after the war returned to an America still beset by racial discrimination and segregation.  In July, 1948, Pres. Harry S. Truman ordered the integration of all the U. S. Armed Forces.  The original Tuskegee Airmen squadrons were decommissioned and their surviving Tuskegee Airmen distributed among other newly integrated units. 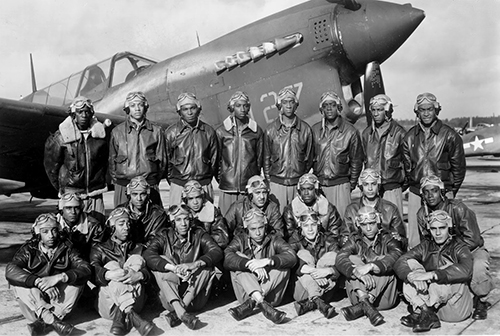 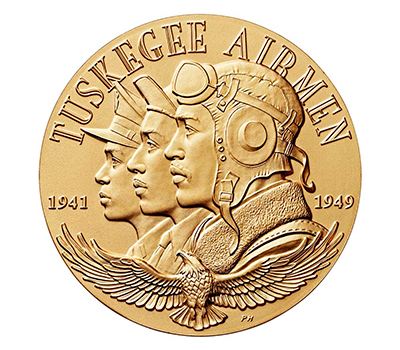 The Major General Irene Trowell-Harris Chapter of Tuskegee Airmen, Inc. is a chartered member of the National Tuskegee Airmen, Inc. operating in the Mid-Hudson Valley.  The chapter is tax exempt under Internal Revenue Code 501 (c) (3) by virtue of this association. In addition, The Lee A. Archer Jr., Red Tail Youth Flying Program is also a 501-(c) (3). This youth oriented program is a mentor program designed and operated by this chapter to help assist disadvantaged youth of the Hudson Valley Region of New York State.

Chapter Goals support and are inspired by those of the National Tuskegee Airmen, Inc.  First and foremost, the chapter promotes the interest and honors the memory of the men and women who served in the Army Air Corp at Tuskegee, Alabama during the 1940s.  We tell the story of the aspirations, frustrations and, most importantly, the successes of these pioneering men and women, everyday, in every forum possible.

The Chapter provides the local community an opportunity to come together in the spirit of community and family at our Family Day in the Park. Invited to this event are community agencies and organizations that promote youth and youth mentoring program. Also invited are families of these young men and women. We invite the participation of clinics and preventative care services from our local area. At this event, children can have their health evaluated by doctors, nurses and technicians of the local hospital volunteer corps. We provide food, music, and entertaining games for all those in attendance.

The Trowell-Harris Chapter engages in many schools and community agency visits throughout the year. We are often asked to visit these venues to talk about the Tuskegee Airmen history and legacy. This is when we are most able to touch the lives of many children in our community. We have spoken to elementary school students, middle and high school students as well as college students about the history of the Airmen. For many, this is the first time they have heard about the Tuskegee Experience. 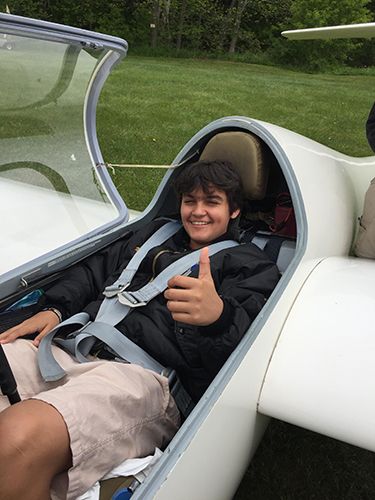